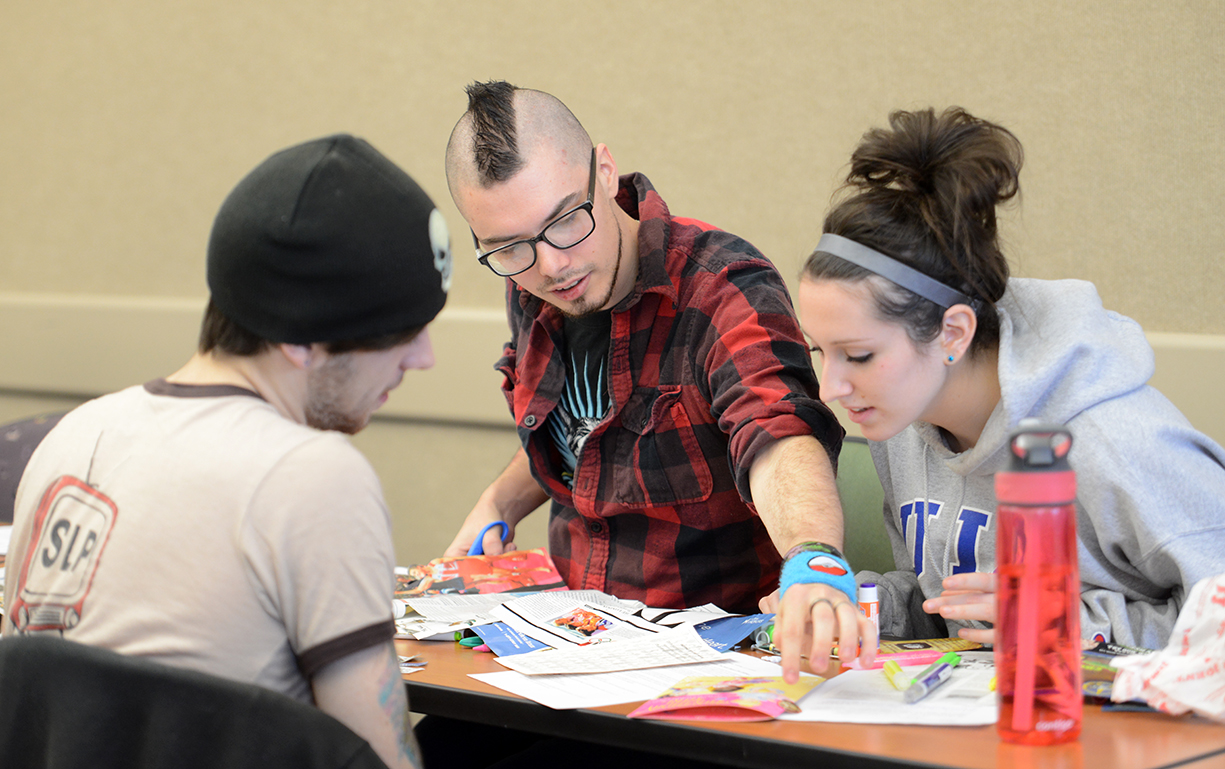 ENG 368 Project Chapbook wasn’t really an Alchemist Review contest, but it was one we thought was worth highlighting. Project Chapbook was a contest created by Dr. Meagan Cass for her class ENG 368 Creative Writing and Publishing ECCE course. In ENG 368, students are put to the task of creating their own literary magazines, so this contest was designed to push students’ creativity. The Project Chapbook contest was modeled after episodes of Project Runway, meaning, instead of students designing a dress in 24 hours, students are put to the task of designing and writing a chapbook within a two hour time frame. A chapbook is basically a small book of ranging from one poem to ten poems. The rules of the contest were as follows:

Judges of the Contest were Professors:

Winner of Fall 2013’s contest was Birthday Girl by Will Patton, Sam Robkoff, and Jacob Cross (pictured above).

*special note* The song that plays in the vine is the song that plays whenever you open the chapbook (or greeting card). This hilarious Chapbook, Birthday Girl, is focused on breaking the romanticized “Princess,” stereotype that many young girls grow up believing. Click on the video to pause for closer reading. And for more pictures click here